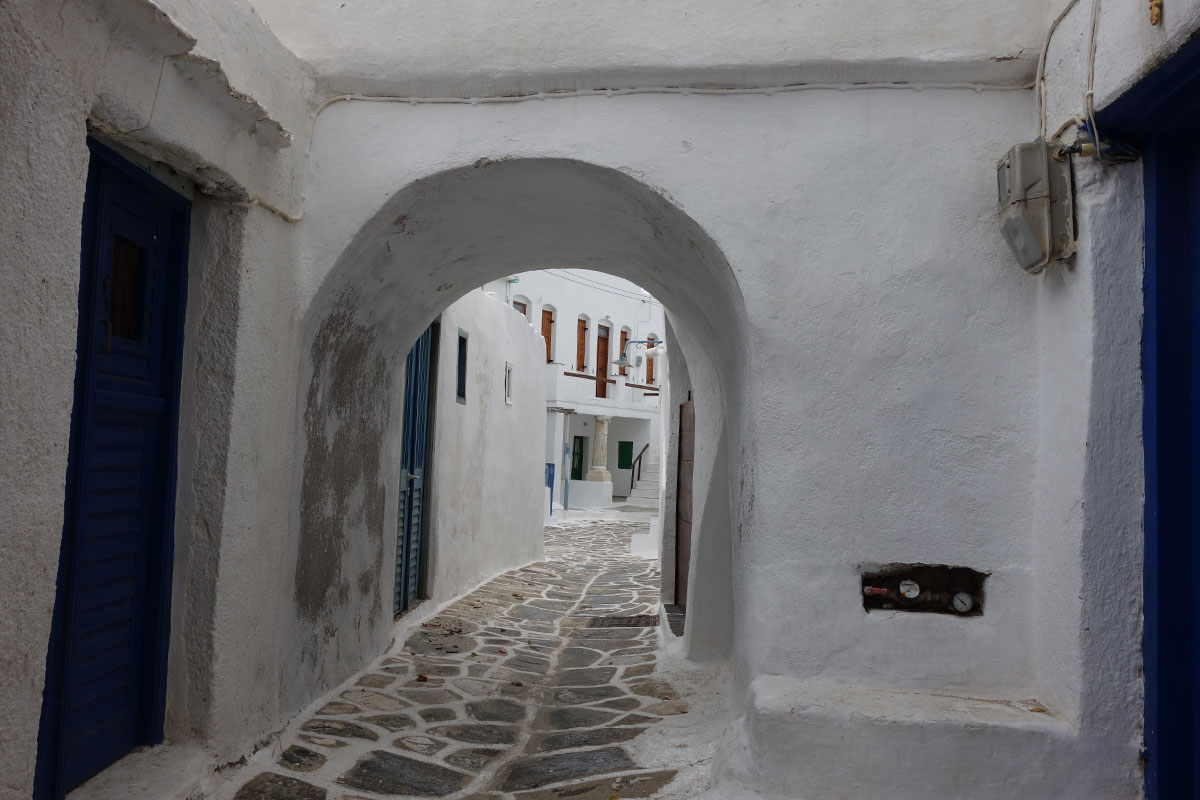 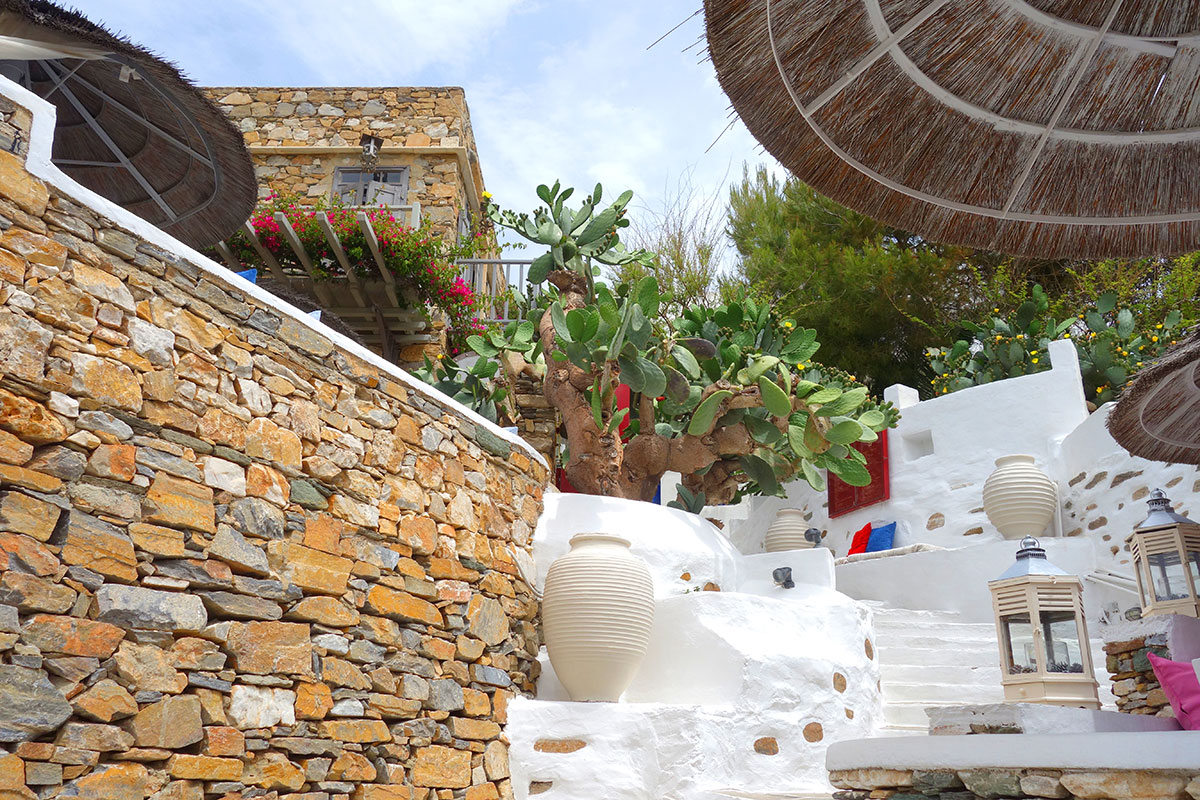 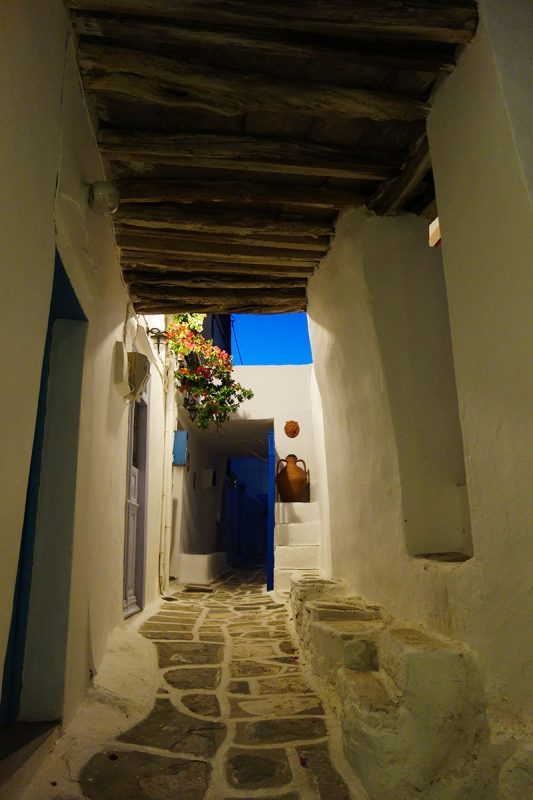 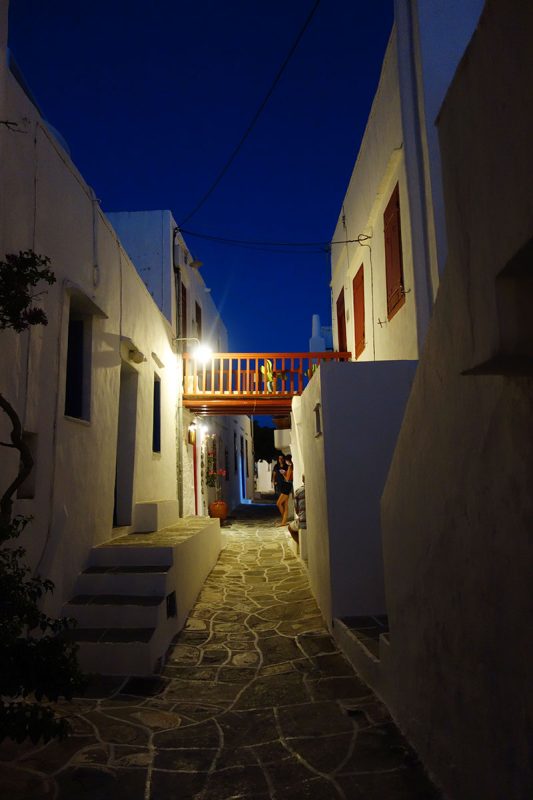 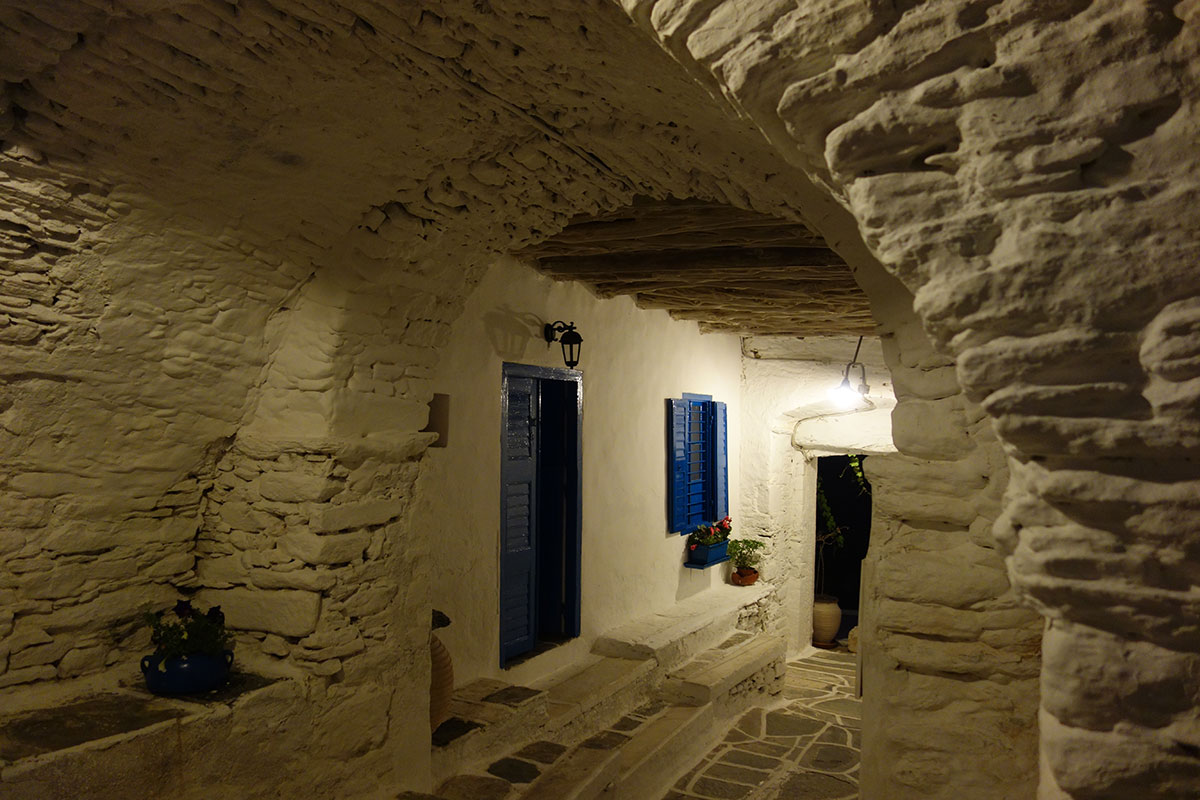 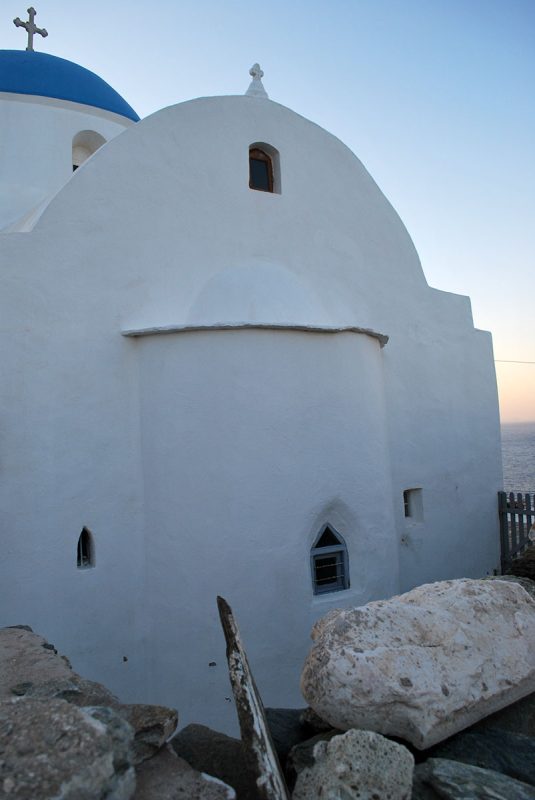 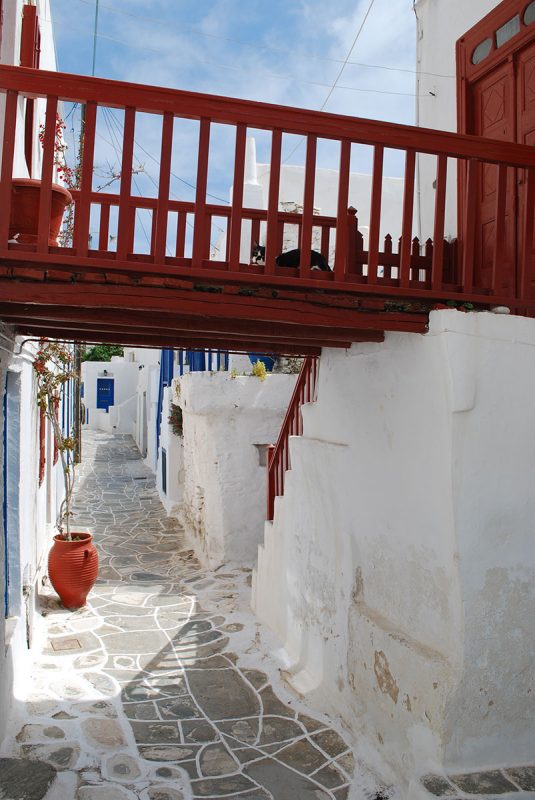 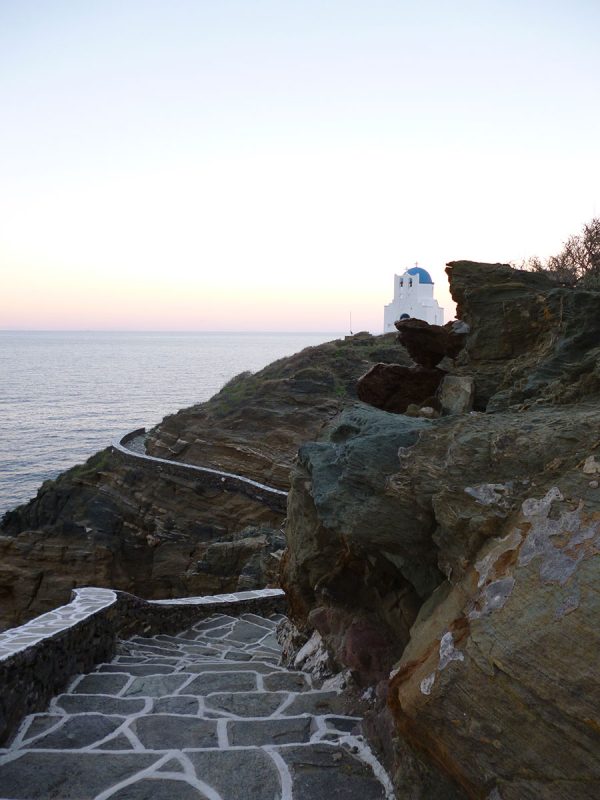 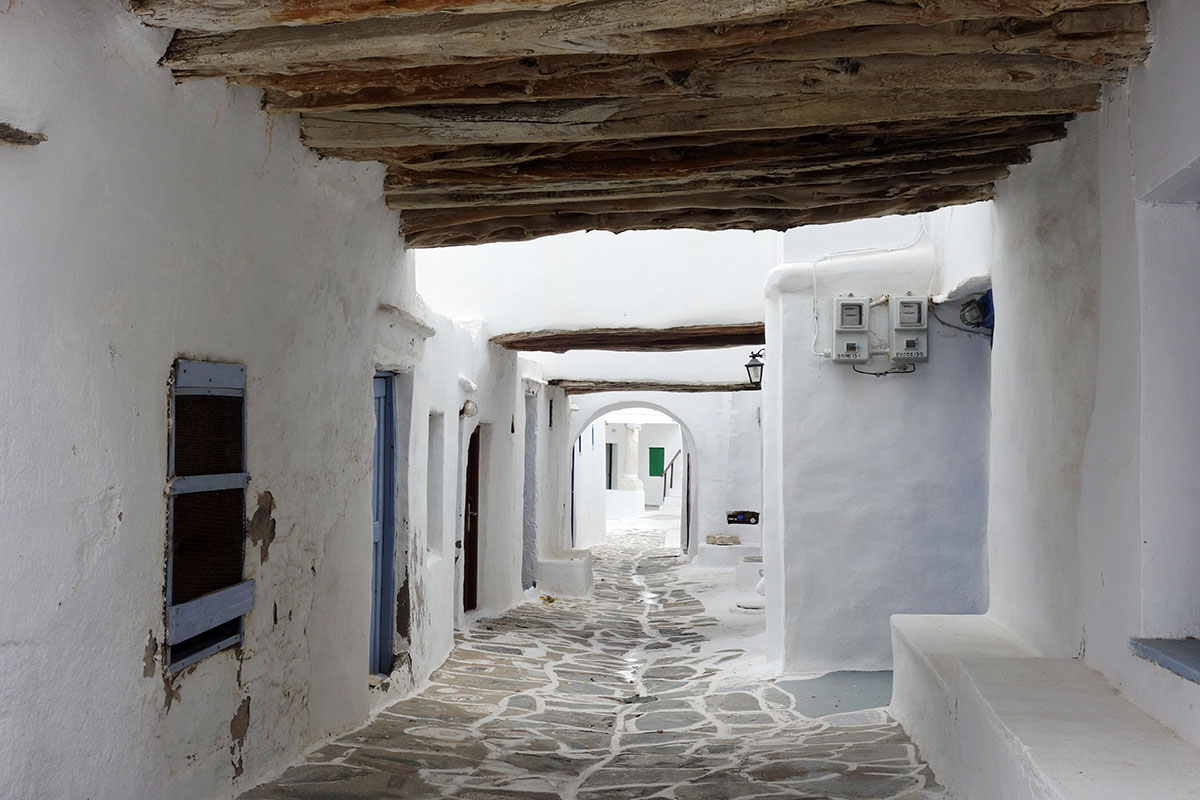 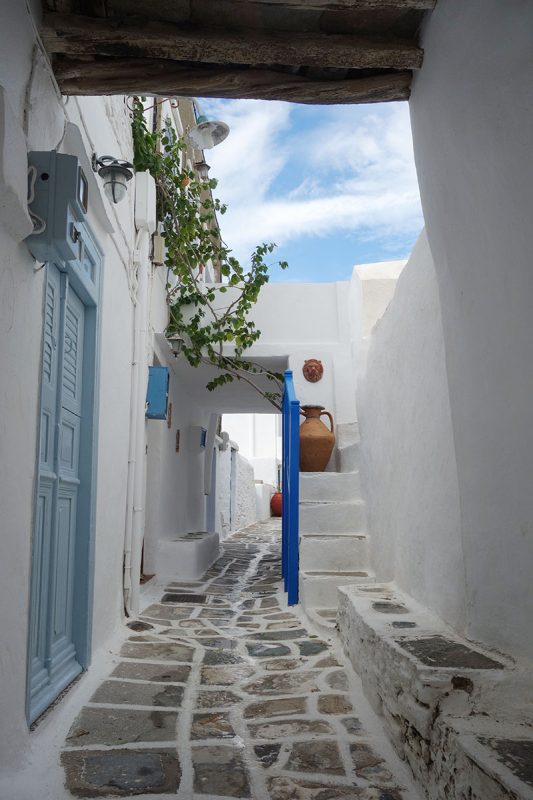 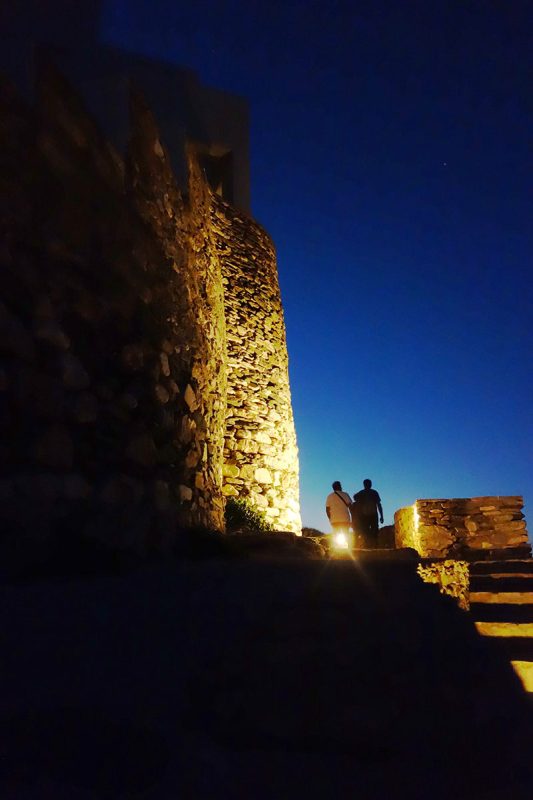 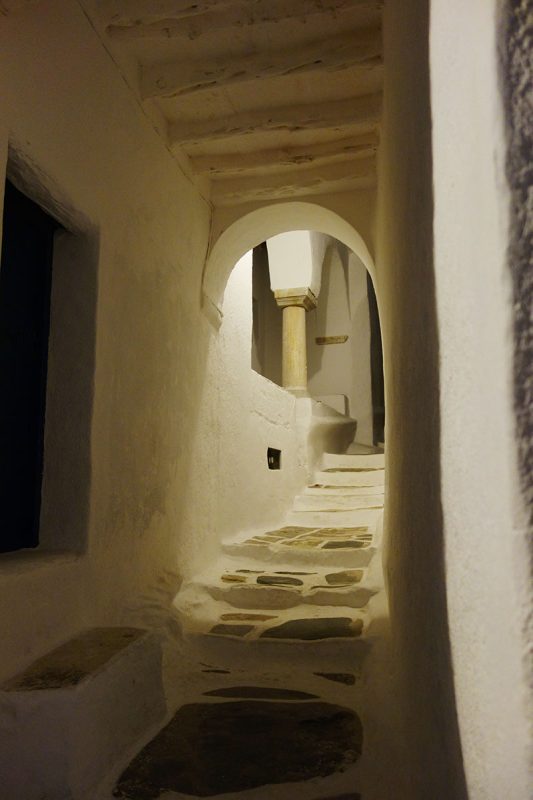 Of course, Kastro’s settlement can not be omitted from this section.

A stroll through the narrow streets of the old capital of Sifnos will take you back to another era while its distinctive architecture will surely enchant you.

Kastro is a settlement where the concept of vertical property does not exist. Some of the main features of Kastro are, houses built on both sides of the paved streets which are connected with little bridges, narrow winding alleys, which in essence are public roads leading to the upper level, rooftops, ancient columns embedded in houses and ancient entrances. Feel free to wander around and it is certain that Kastro’s breeze will take you back to another era.

Except the alleys of the settlement, it’s worth to walk the peripheral street of Kastro. In essence, it is a paved path that surrounds the settlement. Underneath, on the rock, you will see the much-photographed church of the Seven Martyrs which looks like floating in the sea with the deep blue Aegean Sea to surround it. At one of the ends of the route, you will see Seralia unfolding before you, namely the beach of Kastro with the turquoise waters, where the ancient port of Sifnos used to be.

How much “Symi” is your “Symi shrimp”?

Try Stamatis and you’ll thank me!

The taverna with the best view. Greek cuisine €€€
Featured

Pastry shop - cafe-snack bar €€€
Get directions
We use cookies on our website to give you the most relevant experience by remembering your preferences and repeat visits. By clicking “Accept All”, you consent to the use of ALL the cookies. However, you may click "Reject all" torejact all cookies.
Reject AllAccept All
Manage consent