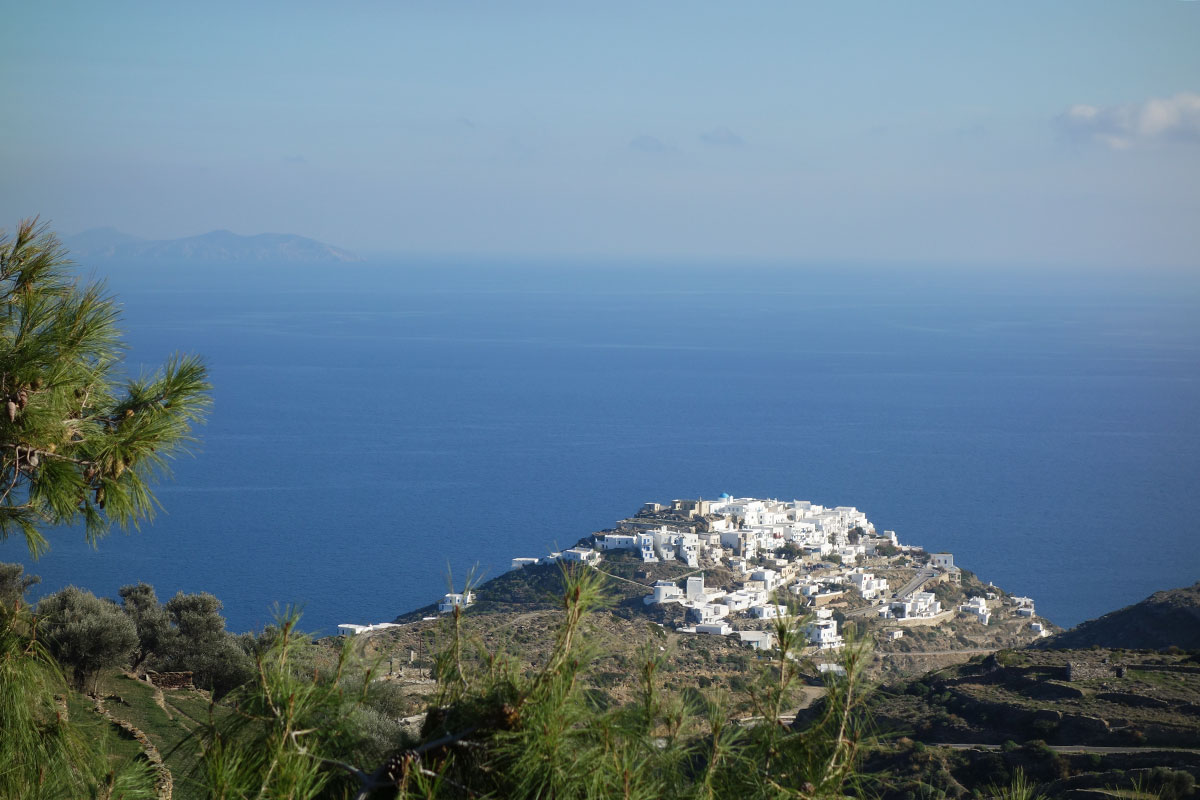 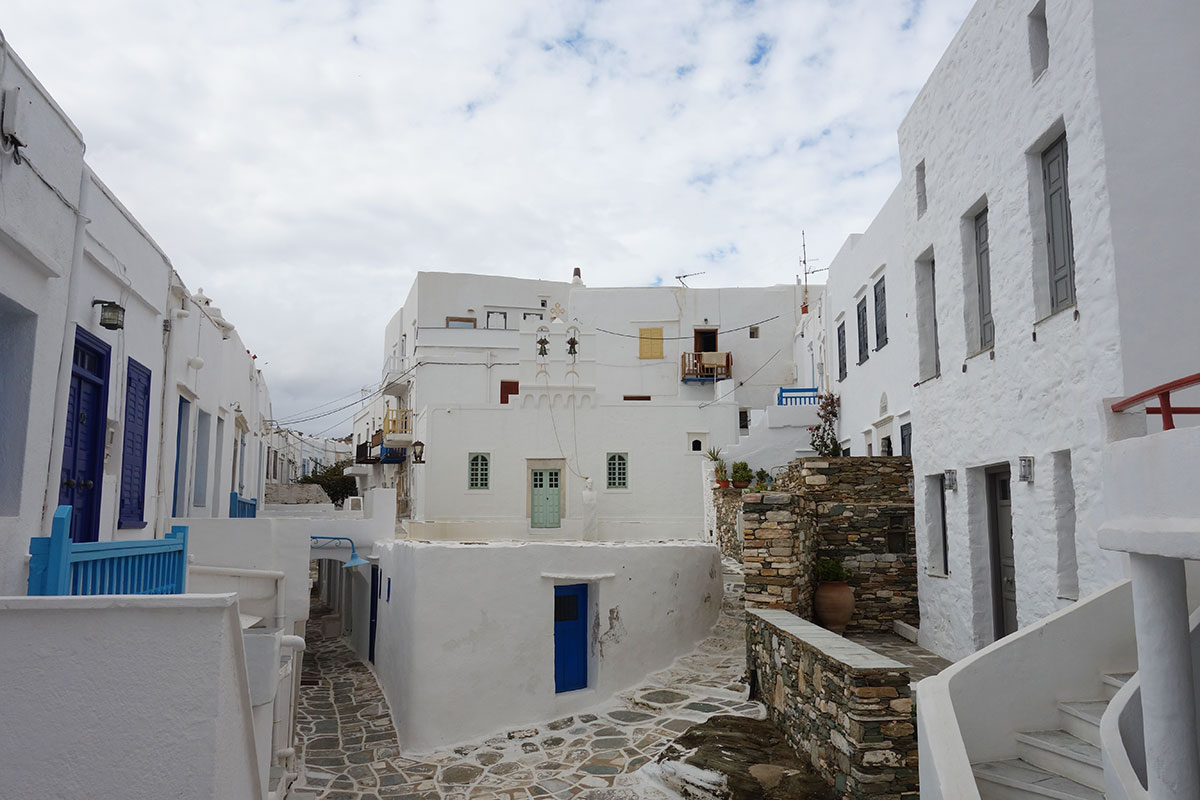 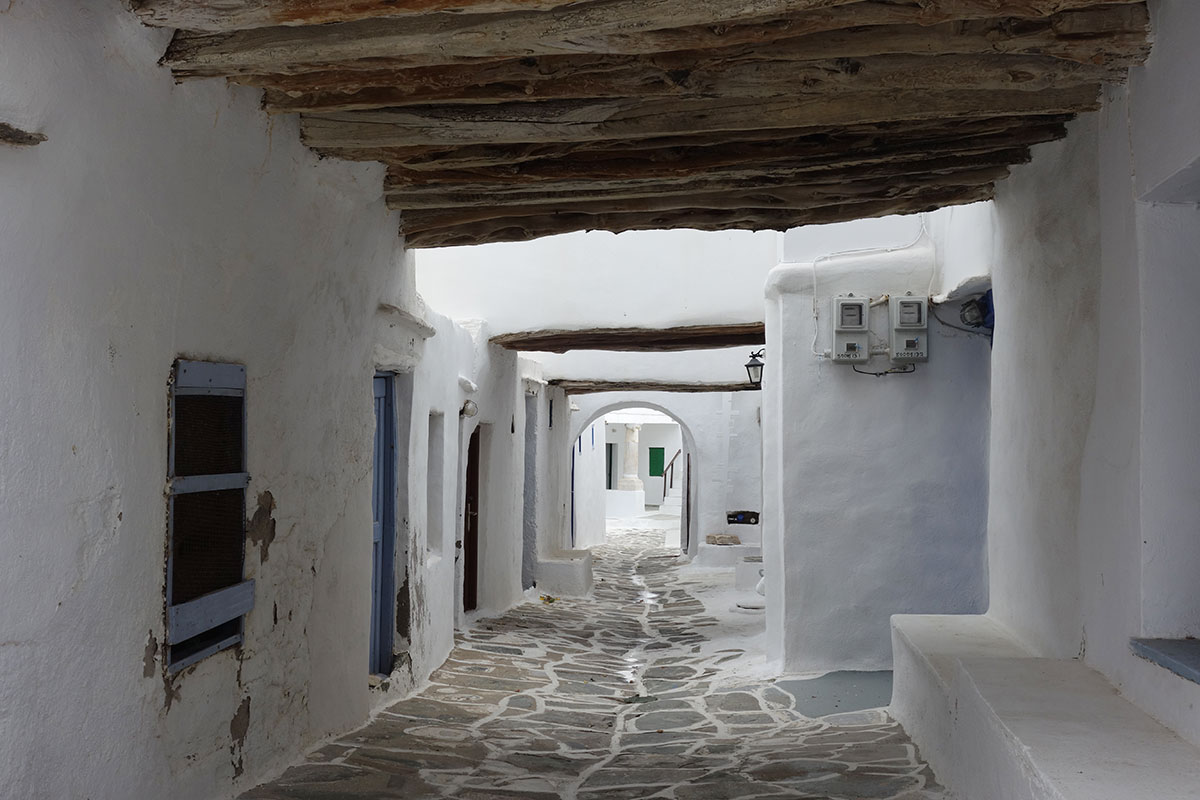 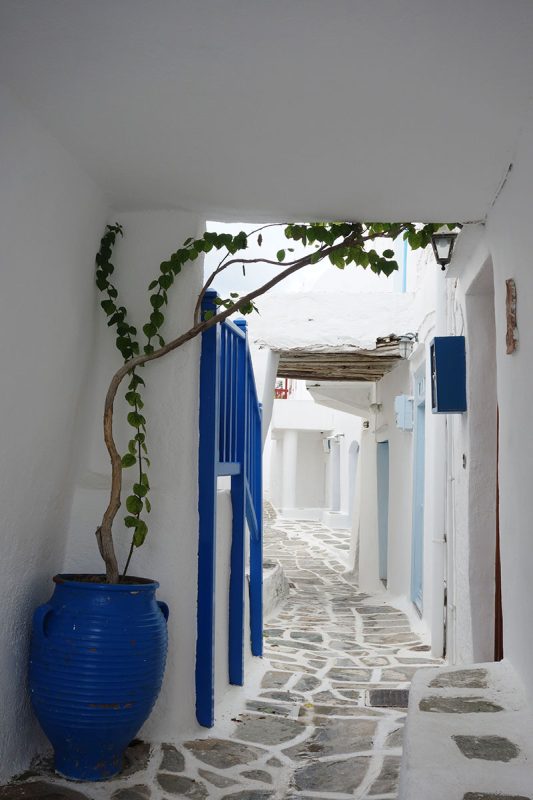 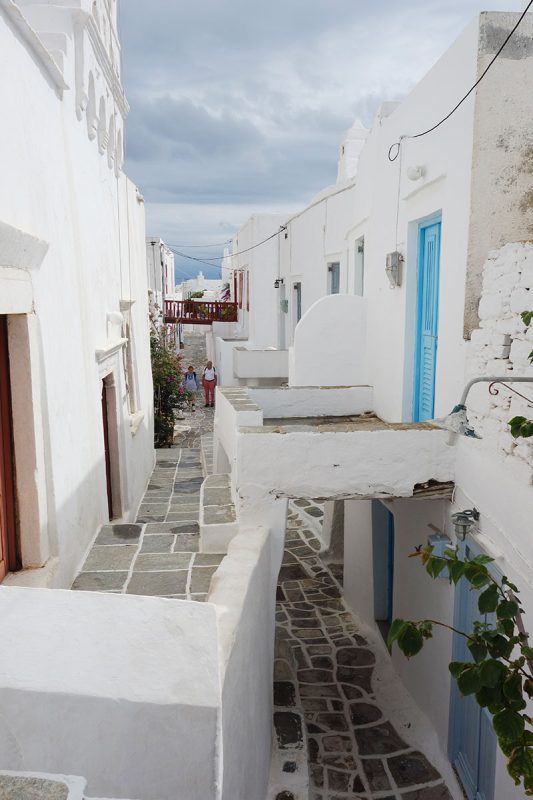 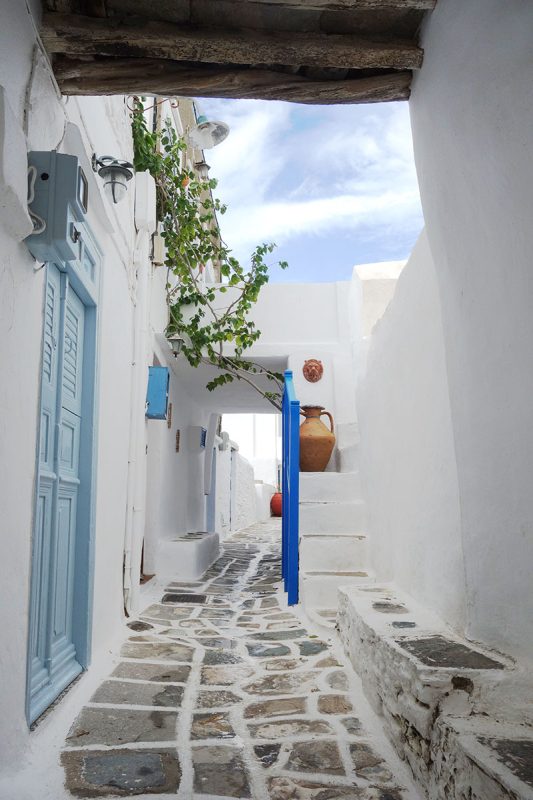 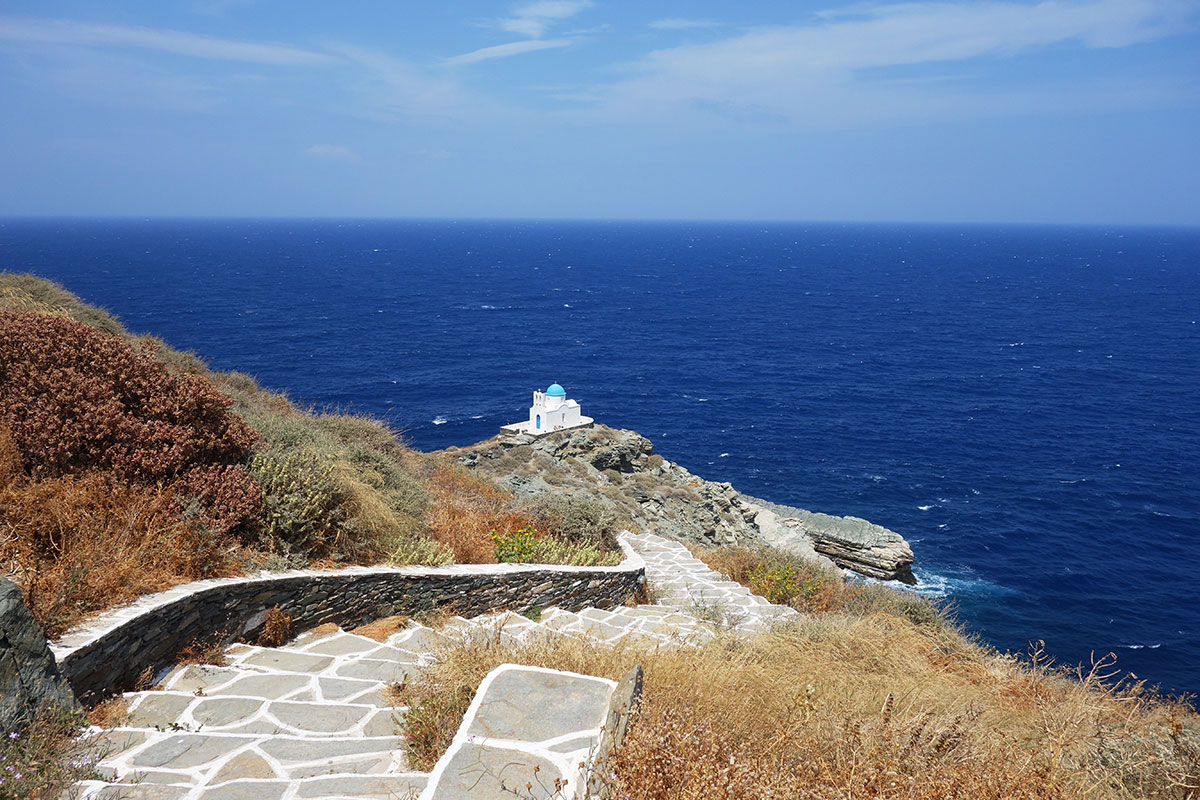 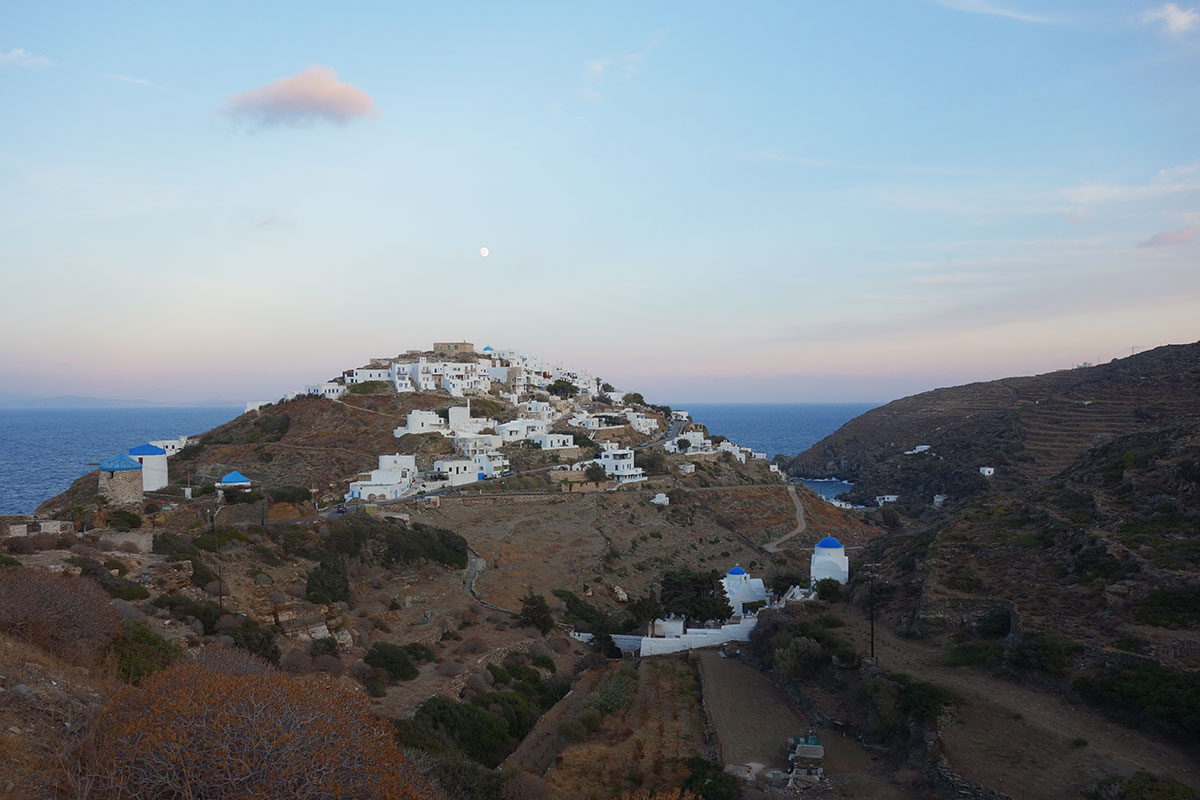 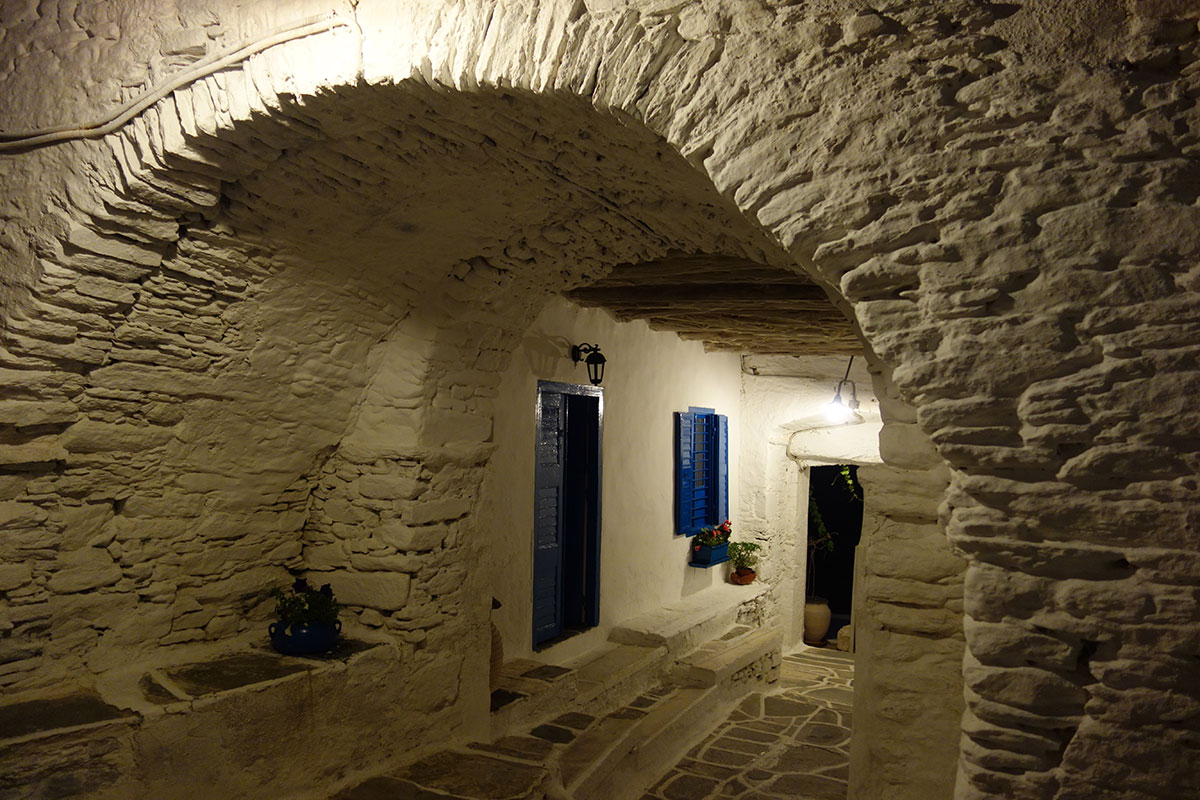 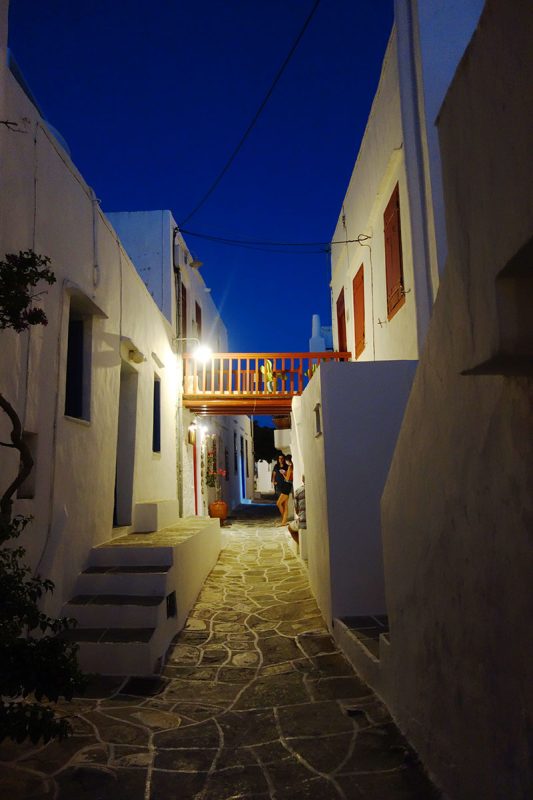 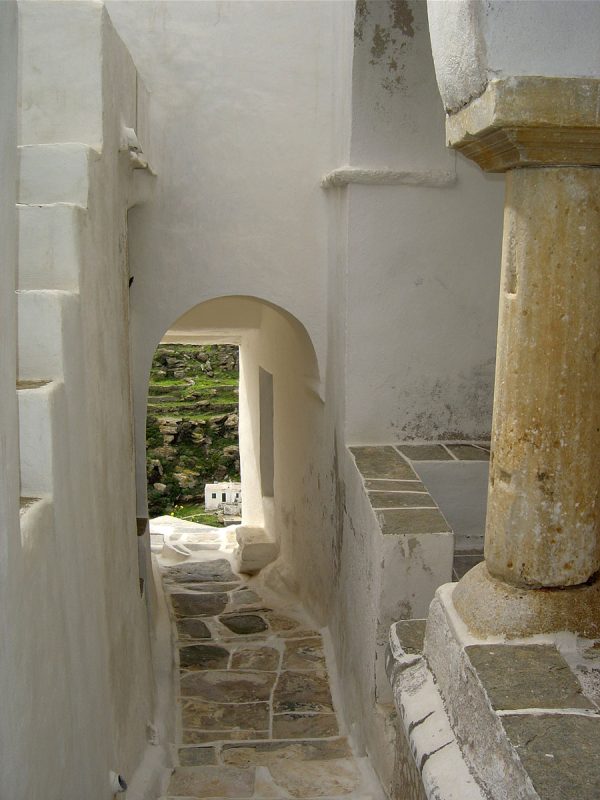 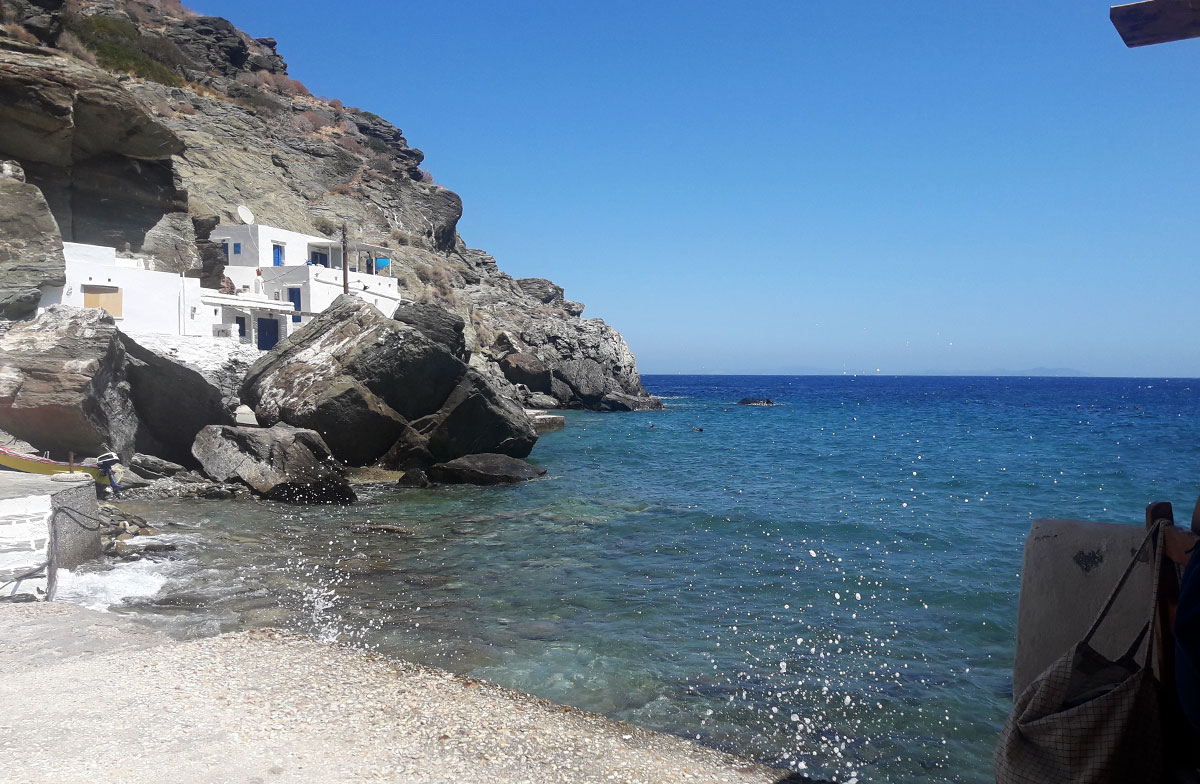 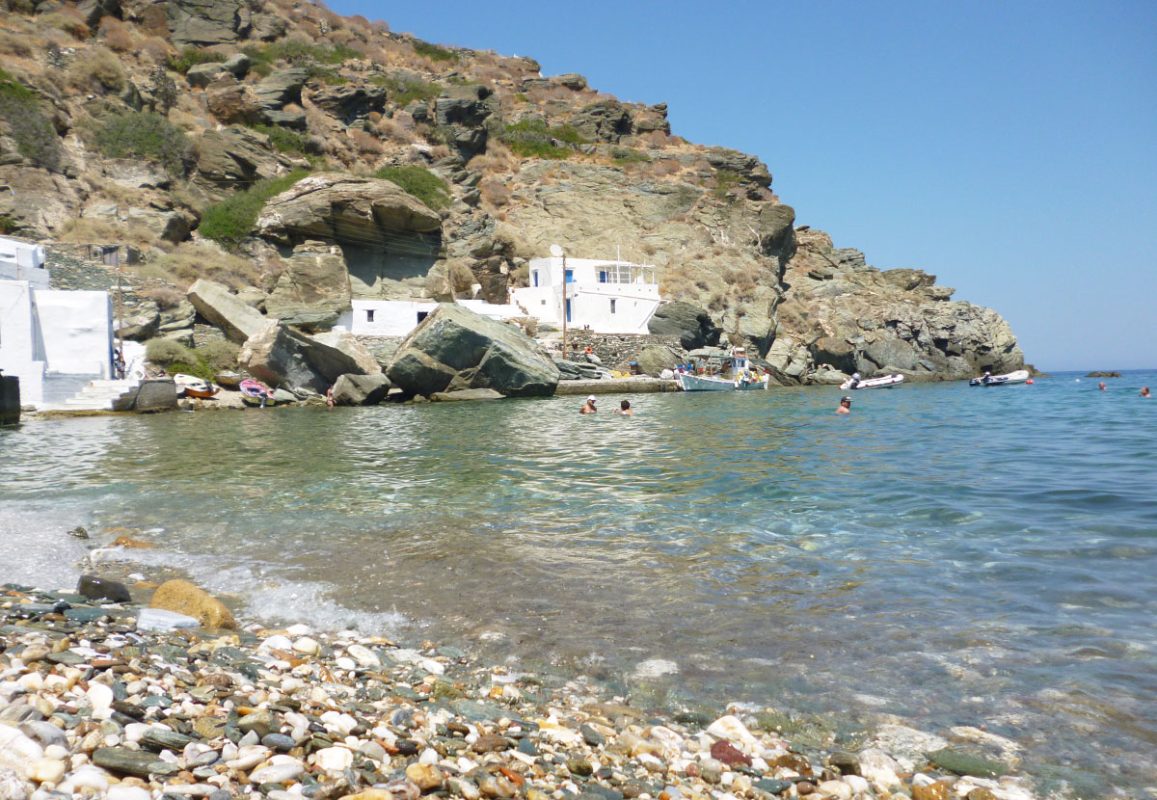 The toponym Kastro means Castle. At the east of Sifnos, on an abrupt rock with excellent panoramic view to the Aegean sea, there is the historic village Kastro, one of the most picturesque regions of Sifnos. The life there goes on in an autonomous way since the prehistoric times, and besides the ages that pass, Kastro always manages to keep something from its old glamour and nobility.

A sloping road leads to Kastro; it is 3,5 kilometers long, it starts from Apollonia and takes your breath away, when after a sudden turn the visitor faces the settlement. The residential installation at the village exists since the prehistoric times, according to the findings of the excavations. The settlement of nowadays, which is built over the ancient capital of Sifnos, the “asty” of Herodotus, still maintains the characteristics of the Venetian fortress that has been built by the dynasty of Da Corogna, in 1635.

It is up to this day one of the most important settlements of medieval urban planning structure in Sifnos and in Greece. For safety reasons, the main characteristics of the settlement are: narrowness, lack of spaces of public use, small courtyards, narrow streets with rare shapeless widening spaces and the unique square which is formed in front of the church of Agios Ioannis Theologos. The visitor of Sifnos still enters into Kastro from its old entrances – arcades, the “lozies”, which used to seal in the past for the protection of the settlement like war towers.

At the internal arrangement of the settlement, the planning is quite free and many of the streets are passing over the houses’ rooms. The arrangement of the streets’ levels is such that in many cases passing is possible by small bridges. The houses of Kastro are divided in two categories, the houses with narrow front sides, and the mansions. The houses with the narrow front sides mainly of the external ring are built the one next to the other and they form the external part of the settlement.

At the entrance of the village, where today you shall find the cemetery of Kastro and the temples of Agios Stefanos and Agios Ioannis (1629), was once the famous School of Agios Tafos (1687-1835), also known as the “Educational Institution of the Archipelago”. At the south foot of Kastro’s hill there is Seralia, the ancient port of Sifnos, where there is a small beach and restaurants with fresh fish and fantastic views.

Wandering around the narrow back streets of Kastro offers moments of unique pleasure! One could say that in this place time has stopped, while the atmosphere captures the visitor transmitting the glamour of the old times of Sifnos. The narrow paved streets with the low stone benches, the dark arcades, the old houses with the wooden balconies, the blazons at the entrances, the ancient pillars that were later used as architectural parts, the marble Roman urns that one meets spread all over the village with the relief jewels, the embrasures and the narrow courtyards of the houses, the picturesque little church of the “Eftamartyros”, which seems to have climbed on a rock rising of the sea, compose a unique experience that everyone must have!

In Kastro there is one Archaeological Museum of Sifnos, which includes marvelous collections of Archaic and Hellenistic sculptures.

At the entrance of Kastro there is the old Elementary School of Kastro, which no longer operates as a school. However it opens its doors during the summer to host various exhibitions of Sifnos in its rooms (photography, painting, exhibitions of items from the Benaki Museum etc.).

Here you shall find rooms and apartments to let, traditional little taverns and fish-houses, patisseries, shops, gift-shops and coffee-bars.

The Amazon and her breakfast!

I call up my mother and hear her nagging…

The taverna with the best view. Greek cuisine €€€
Featured

All day cafe-snack bar €€€
Get directions
We use cookies on our website to give you the most relevant experience by remembering your preferences and repeat visits. By clicking “Accept All”, you consent to the use of ALL the cookies. However, you may click "Reject all" torejact all cookies.
Reject AllAccept All
Manage consent